Showing posts from January, 2012
Show all

THE MYSTERY OF THE BODY OF CHRIST OUR MESSIAH

One day we will be able to rejoice together, in complete unity, in heaven, in the presence of God, brought about by the unity in the Holy Spirit through the belief in the saving power of the blood of Jesus. That is the great hidden mystery of salvation through the blood of Jesus that the ancient prophets and even the holy angels longed to look into. Read the complete study on this topic at: www.bibleabookoftruth.com
Read more

THE SECOND COMING OF JESUS

When we study the fullness of the scriptures, we can see just a handful of people who were diligently looking for the Messiah, seemed to understand He was going to come as a baby from a humble family. Just like nearly all the Jews missed Jesus’ first coming, so will most people miss His second coming. Just like most religious people did not realise the Messiah had come and lived amongst them until after He had gone, so most Christians will not realise Jesus has come, been amongst us and left with His Bride. Just as the first coming of Jesus did not happen the way many thought it would, so Jesus’ second coming will not happen the way people think it will. Read the complete study on this topic at: www.bibleabookoftruth.com
Read more

WHAT DOES IT MEAN TO BE BORN-AGAIN? 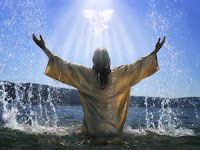 The words ‘born-again’ have been bandied around all over the world and taken completely out of the context in which it was originally meant. The original phrase had spiritual significance. It does not mean ‘turning over a new leaf’, losing weight, moving house or accepting different employment. It is to live a whole new way of life, changing our attitude to God, to other people and to life. Read what being born-again really means at: www.bibleabookoftruth.com
Read more
More posts