Showing posts from February, 2013
Show all

HOW WE CAN TRY TO CONVINCE ATHEISTS GOD IS REAL 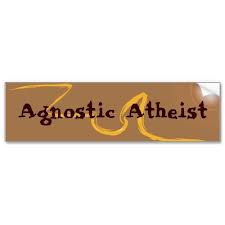 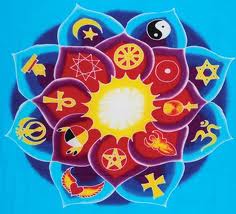 FALSE RELIGIONS AND CULTS ‘As you have received Jesus the Lord, walk in Him. Have the roots of your faith deeply planted in Him, be built up in Him, just as you were taught, overflowing in faith with thanksgiving. Be careful no one robs you by so-called philosophy and vain deceit, following the traditions of men, of the world and the universe, disregarding the teachings of Jesus. In Him the fullness of the Godhead dwells in the form of the body, and in Him you are made complete, and He is the Head of all principality and power … Let no one rob you of your prize by self-humility and worship of angels, taking his stand on visions he claims to have seen, vainly puffed up by his unspiritual mind and not holding on firmly to the Head (Jesus) from Whom the whole body grows … Such things appear like wisdom in self-imposed worship, self-humiliation of the body, but they are of no value in checking the indulgence of the flesh’ (Colossians 2:6 to 10, 18, 19 & 23). Read more
Read more 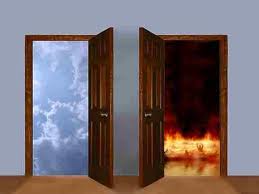 HEAVEN AND HELL ARE REAL PLACES We recently heard of a Pastor preaching about this subject. He was saying there was no heaven or hell. He said the earth would be 'renewed' and everyone would live on the 'renewed' earth but there will be no sin. His spin was all those who are dead are 'asleep' and will be resurrected to live on earth. Those who are still here will remain. He was basically saying there is no penalty for rejecting Yeshua and his sacrifice in blood. That is a 'different' Gospel and wrong in every way. We read in the Bible how this earth will be utterly destroyed because it has been defiled. We must be born again to enter the Kingdom of God. Read more on this topic and others at: www.bibleabookoftruth.com
Read more 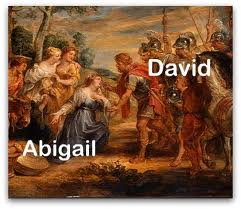 ABIGAIL, WIFE OF KING DAVID Abigail, Wife Of King David was an exceptionally wise woman. When her wealthy, rebellious husband Nabal refused to feed David's army, David and the army came to wipe them out, along with all the servants. Abigail intervened, fed the army and bowed down to David, whom she knew had been anointed to be king. Her actions helped save David and thus Israel. How many of us would like to have a little of Abigail's wisdom and courage? Read more at: www.bibleabookoftruth.com
Read more
More posts