Showing posts from January, 2014
Show all

PHILIP THE APOSTLE AND EVANGELIST 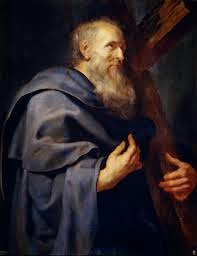 PHILIP THE APOSTLE AND EVANGELIST Philip was one of the chosen twelve apostles.  He  was not led to Jesus like most other people, Jesus deliberately went to Galilee and sought him out then invited Philip to follow Him, which Philip did without question.  From that day onwards, Philip was a dedicated disciple who became a dedicated apostle and served Jesus every day of his life as an evangelist.  The name Philip means ‘warrior’.  Philip’s first convert was Nathanael.  Like the other apostles, Philip had difficulty comprehending Jesus’ Diety and supernatural power.  Philip was one of the first people Jesus told about His upcoming sacrificial death and was one of the people who heard God the Father speak from heaven.  After being filled with the Holy Spirit, Philip preached the Gospel fearlessly, with power, baptising new converts, healing the sick and casting out evil spirits to the amazement of people.  Philip was one of the seven men chosen to help care for the wido
Read more
More posts