Showing posts from September, 2013
Show all

SALVATION THROUGH THE BLOOD AND CROSS OF JESUS 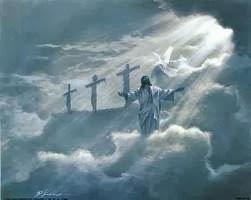 SALVATION THROUGH THE BLOOD AND CROSS OF JESUS Why do we need a Saviour? The scriptures say the Lord was obligated to make atonement for sin because  He is our Creator and Father Who wants to save us from being lost for eternity. Jesus was obligated in all  things to be made like His brothers so He might become a merciful and faithful High Priest in things  pertaining to God, to make atonement for the sins of people’ (Hebrews 2:17).  The blood and cross of Jesus  go hand in hand.  We cannot have one without the other and they were more than His torture and death.  Yes  He died for our salvation but He did more than that.  He became a curse to break the curses over all  mankind, animals, plants and the ground.  He became sin so we could be made righteous.  He was wounded  so we could be sin free, forgiven, righteous and be made holy.  He was lashed so we could be healed.  He  became poor so we could become spiritually rich.  He was tempted to sin three times and
Read more 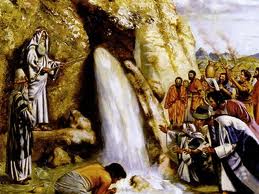 AARON AND MIRIAM Aaron was three years older than Moses. Miriam was much older than both her brothers. Moses was one hundred and twenty years old when he died yet his eyes were not dim nor his natural strength abated (Deuteronomy 34:7). Aaron was one hundred and twenty-three years old when he died after climbing to the top of Mount Hor (Numbers 33:39). Miriam topped her brothers. After the children of Israel had left Egypt, Miriam would have been in her mid nineties but was still able to sing and dance. ‘Miriam the prophetess, the sister of Aaron and Moses took a tambourine in her hand and all the women went out after her with tambourines and with dances. Miriam sang, "Sing to the Lord, for He has triumphed gloriously, the horse and his rider He has thrown into the sea’" (Exodus 15:20 & 21). They were in the wilderness for forty years so Miriam would have been about one hundred and thirty-five when she died. Read more at: www.bibleabookoftruth.com
Read more
More posts