Showing posts from October, 2018
Show all

RUTH THE ANCESTOR OF JESUS 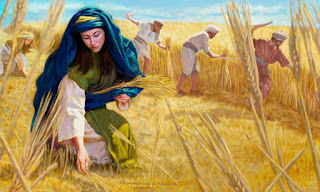 RUTH THE ANCESTOR OF JESUS Ruth became the fore-mother of Jewish royalty in Israel’s Messianic lineage by being loyal, pure and by turning her heart away from the false gods of the Moabites, mainly Baal and Chemosh, to the God of Abraham, Isaac and Jacob.  Her loyalty to her widowed mother-in-law Naomi earned her an esteemed book of her own; the Book of Ruth.  Ruth herself was left a widow when Mahlon died.  Abraham’s family were all Hebrews (Genesis 14:13) so the Moabite tribe was a Hebrew tribe derived from Abraham’s nephew Lot but they were not Jews who came from the tribe of Judah.  Ruth the Moabite was a Hebrew not a Gentile. Read more at: www.bibleabookoftruth.com
Read more 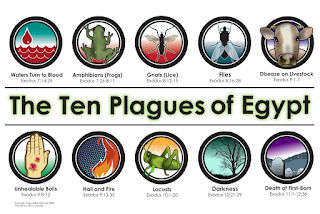 EGYPT'S TEN PLAGUES The Pharaoh in the time of Moses was a hard, stubborn and ruthless man.  His heart was very hard and the Lord hardened his heart even more so.  He would not initially allow the Hebrews to leave Egypt but after ten horrific plagues, the Pharaoh forced the Hebrews to flee and they took tons of gold, silver, precious stones, flocks, herds and clothing as payment for many years of unpaid slavery.  They were not slaves when they first went into Egypt but after Joseph died and a new Pharaoh arose, the Hebrews were then forced to be slaves.  In spite of their slavery the Hebrews had so many children, at one point in time the Hebrews outnumbered the Egyptians.  The ten plagues were divine judgement on a very idolatrous nation.  After the plagues Egypt had nothing left; no fresh water, no livestock, no fruit, no vegetables, no grains, no food, no grass, no trees, no economy, no clothing, no jewellery, just sickness, death and piles of dead rotting, s
Read more
More posts